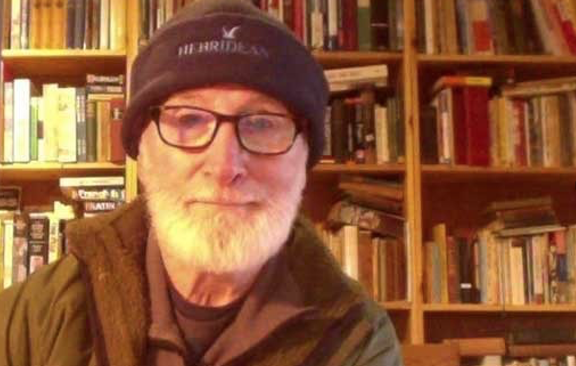 To God we belong and to Him we return.

David (Daoud) Rosser-Owen (March 1943-5 December 2021), a significant figure in the postwar history of Islam in Britain, particularly with respect to the convert community, has passed away this afternoon "after a battle with cancer" his family has informed the Muslim community.

Born in Swansea, Daoud (David) grew up as a devout practising Presbyterian, but harboured doubts about Trinitarianism and developed an interest in Unitarianism. As a teenager he moved to Shrewsbury, and, after finishing school, joined the army and was sent to the Far East Land Forces in Singapore. While on tour in Brunei and Borneo, Daoud converted to Islam in November 1964 at the hands of the Qadi of Labuan, finding in it convincing answers to his previous doubts. He saw becoming Muslim as a fulfilment of his Christian upbringing. He had a distinguished military career in the British army rising to the rank of a regular army officer. He saw active service in Brunei as the end of the Azahari Rebellion and in Sabah, Singapore and in Peninsular Malaysia, during most of the Confrontation War. A talented linguist he spoke Malay-Indonesian, French and German, and took a BA Hons in Malay and Arabic from SOAS in 1970. Later on, he worked intensively on Welsh and Gaelic, and translated some short chapters of the Qur'an into these languages.

He was also an historian by training and did doctoral research under Dennis J. Duncanson at the University of Kent on American colonial rule in the Philippines, but he never subsequently pursued an academic career. Instead, he worked as a writer, journalist or editor for Arabica, Emel, Q-News and Armada International, and ran the Middle East Desk for a year at RUSI (1982). During the Bosnia-Croatia War (1992-5) he served as war correspondent and stringer for the New Straits Times. He also saw action in that war, where his military expertise was deployed in defence of the Bosnians. He also became a highly-qualified leather craftsman and ran a business for many years making bespoke saddles. In terms of the Islamic sciences, he studied diniyyah, fiqh, tajwid, and tasawwuf with Shaykh Ahmad Labib (Azhari) and Ustad Muhammad Dahlan Arshad (Azhari).

In terms of community activism, Daoud was a vital link between the pre-war and post-war converts, and knew many of the elderly Woking converts who had been active in the Muslim Society of Great Britain in the 1920s up to the 1960s like Lieutenant-Colonel F.B. Abdullah Baines-Hewitt, William Bashyr Pickard and Dawud Cowan, some of whom had known and met Quilliam, Headley and Pickthall. Daoud wanted to work directly from Quilliam's legacy. It is not widely known that in 1975, he claimed Quilliam's mantle of Sheikh-ul-Islam of the British Isles on the principle of residuary sovereignty. To that end he established the Association of British Muslims in 1976, which he saw as a revival of selfsame association founded by Quilliam in the late 1880s and to his mind continued by Khalid Sheldrake under the Western Islamic Association in the 1920s. He and his daughter Isla worked in the 1990s and 2000s to raise awareness of this British Muslim heritage, advocating for the extension of London's Blue Plaque scheme to include many of capital's overlooked or forgotten Muslim notables. He served as the ABM's amir (leader) during its most active period in the 1970s and 1980s, alongside Abdul Rasjid Skinner. While studying his history undergraduate and postgraduate degrees at Canterbury he played an active role in the FOSIS leadership, rising to become its president in 1971; Ziauddin Sardar served as his General Secretary. Both he and Sardar briefly joined the Muslim Institute under Kalim Siddiqui's leadership as research fellows in the mid-1970s. Daoud and his wife Bashiera were the first British spiritual disciples (murids) of Naqshabandi-Haqqani Sufi sheikh Sheikh Nazim (1922-2014), shortly after he first came to teach Islam in London in September 1974, and they were associated with this spiritual tradition for many years, during which time Daoud served as the Sheikh's deputy (khalifa) with regard to his British disciples.

May Allah fill his grave with light, give him an easy reckoning and raise him to al-Firdaus in the company of the righteous, Amin.